It’s not just the FANG stocks, but also internet names like Expedia and GrubHub, that are top picks in 2018, according to Morgan Stanley analysts.

Shares of the mega-cap internet stocks were on a tear last year and many believe that momentum is unlikely to slow down in 2018.

For investors who are afraid of missing out on this year’s gains, all hope isn’t lost. Analysts at Morgan Stanley compiled a list of the top internet stocks to own in 2018 and several of the typical, high-flying FAANG names — Facebook Inc. (FB) , Apple Inc. (AAPL) , Amazon.com Inc. (AMZN) , Netflix Inc. (NFLX) and Alphabet Inc. (GOOGL) — made the cut, but the firm also called out a few surprising picks.

Here are 8 internet stocks Morgan Stanley thinks will outperform in 2018:

Morgan Stanley analyst Brian Nowak said he’s bullish on Alphabet’s core Google Websites business, as it continues to dominate the digital advertising market. In 2017, the company faced some negative pressures tied to increasing traffic acquisition costs, or what Google pays to get ads in front of mobile users. Nowak said Alphabet still needs to focus on deleveraging those issues, but that he expects TAC concerns will moderate in 2018. 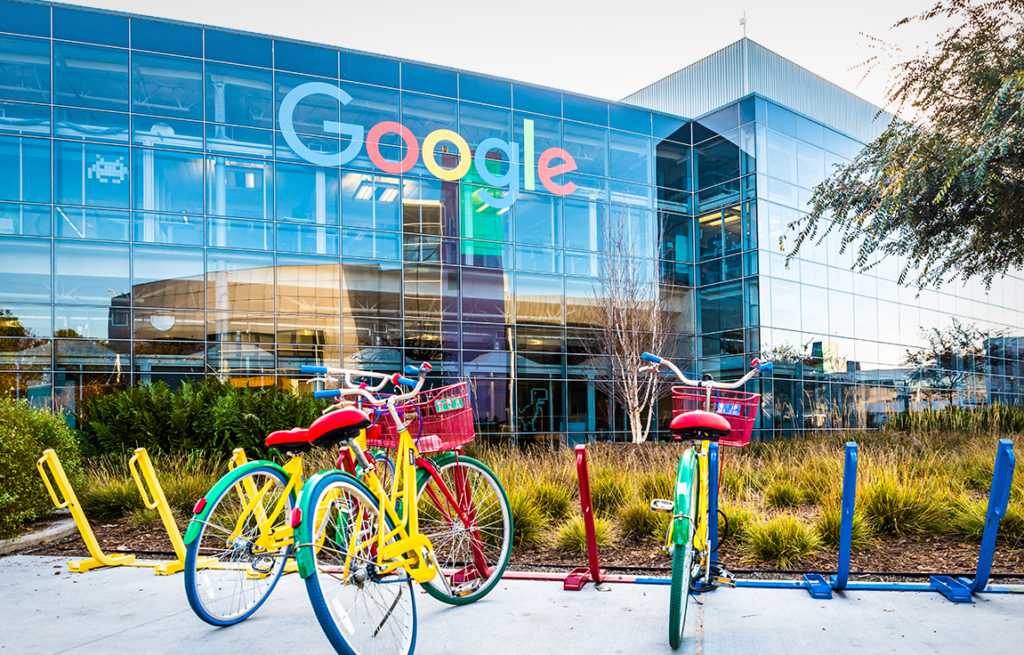 “We think ’18 will continue to benefit from GOOGL’s innovation in ’17,” Nowak explained. “We see these products leading to improved advertiser return on investment and faster than expected core Websites growth.”

The social media giant has continuously warned about slowing ad load on its platforms, but Nowak believes Facebook should still be able to grow its ad revenue and earnings per share faster than expected. That’s due, in part, to the company’s renewed focus on long-term video, he said.

Facebook in August launched the Watch tab, which houses all of the site’s original content. Morgan Stanley has previously estimated that the Watch tab could generate $565 million in revenue for Facebook, with users spending an average of 20 minutes per day consuming content on Watch tab videos. This presents a unique opportunity for brands. 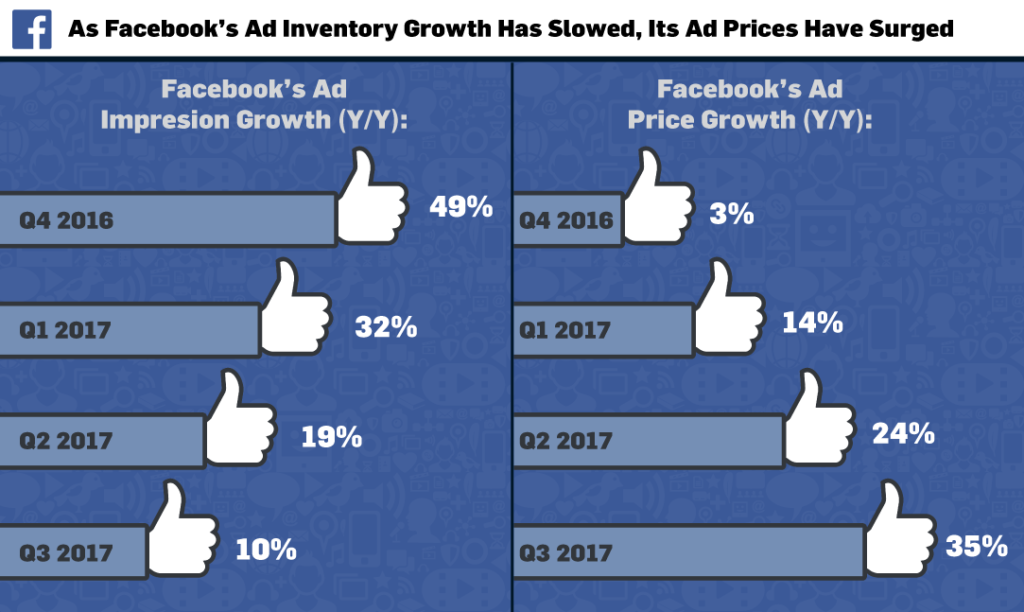 “We see core Facebook delivering solid revenue growth even if ad load falls,” Nowak explained. “We also expect Instagram to continue to be a key driver of ad revenue growth.”

Amazon was practically unstoppable in 2017, with its cloud, e-commerce, voice-activated devices, video streaming and brick-and-mortar retail efforts continuing to disrupt nearly every corner or every industry. Nowak believes many of those segments will continue to fuel outperforming results for Amazon in 2018.

While Nowak is bullish on the entire travel sector, he said he’s particularly optimistic about Priceline (PCLN) . The online booking company isn’t overvalued and Priceline management’s comments around investments show how it is “leaning into investment” to grow its long-term earnings power, he added.

“While there is an argument to be made that some of PCLN’s investments appear defensive in nature, we believe increased investments around direct traffic/customer loyalty, decreased user friction in the vacation rental business,and managing channel return on investments effectively will be positive for long-term profitability,” Nowak explained.

Expedia (EXPE) is Nowak’s other bullish pick in the travel sector, due to its focus on global property expansion, strategies around improving performance marketing, shift to the public cloud and investments in HomeAway, its vacation rental subsidiary that competes with Airbnb.

It has a competitive edge over Priceline in a few areas, including increased selection, driven by a bigger international hotel supply, Nowak noted. Expedia has focused in on a group of international markets in Europe and Asia to build its property inventory in those areas.

“This is a change from Expedia’s previous strategy where we believe the company focused on gaining access to the top hotels in each country but did not push for much depth,” Nowak said. “We think the new approach can close the supply gap vs. Priceline and lead to faster long-term room night growth.”

Activision Blizzard (ATVI) could have increased earnings power in 2018 as it benefits from the upcoming “World of Warcraft” expansion, slated for release this year, which should bolster subscription revenues; better “Call of Duty” performance; and continued outperformance from “Candy Crush,” which is published by Activision’s King subsidiary, Nowak said. 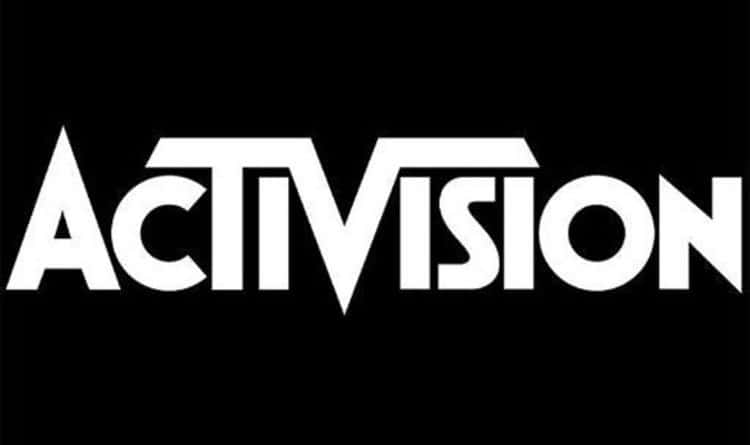 The game publisher also has several other catalysts on the horizon in 2019, such as further in-game monetization of “Overwatch,” new releases from King and additional advertising opportunities. Nowak didn’t indicate whether he believes Overwatch League, Activision’s newly-launched eSports league, will make a meaningful impact on revenues just yet.

Overall, the “digital transformation” is still early days and could lead to better-than-expected earnings growth in the next three to five years for Activision, Nowak explained.

Wall Street investors have predicting a major turnaround for mobile game developer Zynga (ZNGA) over the last several years, but Nowak believes the company may be edging closer to a “multi-year turnaround” beginning in 2017. 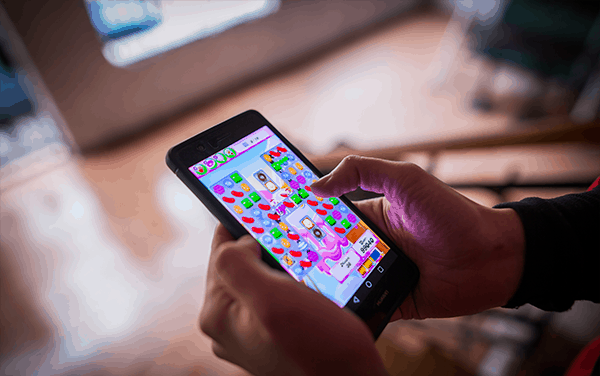 “We are bullish on Zynga and see them in the beginning of a multi-year turnaround driven by a live services strategy that started with Poker and should translate well with other Zynga intellectual property,” Nowak said. “Combined with operating expense discipline with new games to be released in the second half of 2018, we see strong margin expansion and profitable growth for Zynga in 2018 and 2019.”

UberEats and Amazon have and will continue to exert pressure on the food delivery space, but Nowak believes GrubHub (GRUB – Get Report) has cornered an “underpenetrated” portion of the market. In particular, the company’s $288 million acquisition of Eat24 in August should further its lead in online delivery by giving it a 50% larger restaurant supply, he added.

“On a pro-forma basis, GrubHub is 3.5X larger than its nearest competitor with 50% more supply, which we believe better positions it to continue to drive the budding online food delivery industry,” Nowak said. “We do not expect competitive pressure (particularly from Amazon Restaurants and UberEats) to let up, but see GrubHub’s larger revenue base enabling it to scale faster with strong EBITDA and cash flow.”

T-Mobile, Verizon, and AT&T are all offering huge discounts on the...