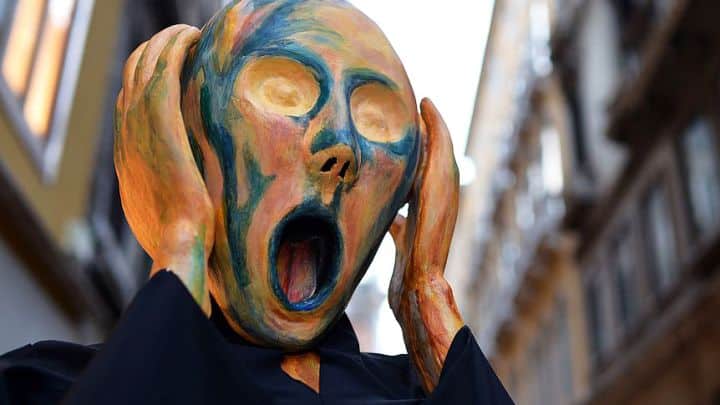 The stock market may be on the cusp of a major setback, according to David Tice.

Tice, who made a name for himself in running the Prudent Bear Fund before selling it to Federated Investors in 2008, believes the market is dangerous.

“I’m nervous,” he said Wednesday on CNBC’s “Trading Nation.” “We’re getting closer to a meltdown scenario.”

Tice may be known as a permabear, but last December he predicted a 50 percent chance stocks would stage a 25 percent rally this year. So far in 2018, the S&P 500 and Dow are up 8 and 5 percent, respectively. The Nasdaq has rallied 15 percent.

However, Tice’s bullish call came with a caveat: “Longer term, the market is going to suck.”

And, that’s where the current environment comes into play.

According to Tice, struggling emerging markets could spark a contagion that could hit the U.S. The MSCI Emerging Markets Index has lost more than 13 percent of its value this year as of Wednesday’s close.

Plus, he’s making a contrary call on inflation based on the global picture.

“Frankly, I think there’s fear of deflation picking up again,” he said. “I think that deflationary trend is likely to continue.”

He also pointed to frothy sentiment in the market, which is often perceived as a warning signal to Wall Street.

“Everybody is into this market,” he said. “I’m worried about whether the economy could enter a recession faster than a lot of people think.”

Stock market news lives updates: Stocks kicks of July with gains after the S&P 500’s worst first half since 1970

These 401(k) mistakes could leave you strapped for cash once you...

You'll often hear that Social Security won't provide you with enough income to maintain a comfortable lifestyle in retirement, and that's true. Those benefits...

How to save money on dining out in Vancouver

Freedom Week: 9 things you can save money on during the...

What Happened in the Stock Market Today

Save big on Amazon’s Echo, Fire TV, Ring cameras, and much...

How to save money on dining out in Vancouver