The clocks ‘fall back’ Sunday at 2:00 a.m. Here’s how to survive the darker days. 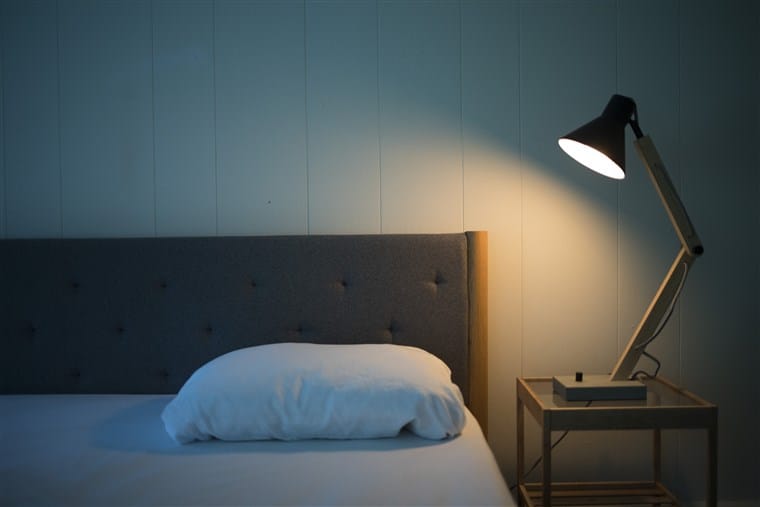 For the 100th year, we get to turn our clocks back an hour, alleviating the gloom of dark mornings but robbing us of daylit evenings.

Kevin Van Den Wymelenberg, Ph.D., associate professor and director of the Institute for Health in the Built Environment at the University of Oregon, says the human need for daylight is unconscious, but fundamental. “The rhythms of light and dark are a fundamental part of the ecological system that nearly every species on earth evolved within,” he says. “Should we really expect anything but an erosion of productivity if this natural system is severely disrupted?”

John Sharp, M.D., psychiatrist on faculty at Harvard Medical School and the David Geffen School of Medicine at UCLA, and author of “The Emotional Calendar: Understanding Seasonal Influences and Milestones to Become Happier, More Fulfilled, and in Control of Your Life,” also says less light in your day can cause things to slow down. “The interesting thing is, without light, our sleep wake cycle would be much longer than it is now. But it’s the absence of light that sets us into our sleep-wake patterns,” says Sharp. “When that gets shifted, it really affects us and can cause people to be irritable, sleepy, and want to quit the day earlier. It’s easier just to shut it all down at 5 p.m.”

A few countries in the European Union have led a hearty discussion in hopes of abolishing daylight saving all together. Some Northernmost countries, where it can be either light or dark for days on end depending on the time of year, cited health issues caused by the phenomenon — such as an eight percent increase in the risk of stroke and 24 percent increased risk of heart attack the Monday following spring forward. The only good news about turning the clock backward is, according to that same study, that extra hour of sleep coincides with a reduced risk of heart attack the following Monday by 21 percent.

So how can we better get ahead of the havoc daylight saving wreaks on our lives?

Ease into the sleep shift

Sharp says dialing back your bedtime by 15 minute increments can help you ease the transition. “Think back to when you want to wake up and how much sleep you normally need, then gradually adjust your bedtime toward your sleep goal,” he says.

Avoid alcoh£ol and refined carbs and sugar before bed

At least 20 percent of American adults rely on alcohol to help them fall asleep says Dr. Sanam Hafeez, clinical psychologist and teaching faculty member at Columbia University Teacher’s College. Yet, she says imbibing the night before the clocks roll back is much more likely to hinder your sleep than help it. “Alcohol disrupts circadian functioning, directly interfering with the ability of the master biological clock to synchronize itself,” she explains. “Because circadian rhythms have such a powerful, dominating influence over the way our bodies function, the disruptive effects of alcohol can be widespread, affecting sleep and other systems, including liver function,” she explains.

Sharp says though booze and carb-rich meals and snacks might be comforting come shorter days, there’s a price to pay for overindulging — especially that night. “Even if it relaxes you, you won’t get the quality of sleep that makes you feel better during the day if you drink. And carbs sap energy because they metabolize into sugar and screw up your baseline metabolism and glucose production in a way that effects your energy and outlook,” he says. So you might be better off saving the booze and sweets for the ‘hygge’ or ‘còsagach’ inspired hibernation spells to come.

Get out in the daylight

Hafeez says light suppresses the secretion of the sleep-inducing hormone melatonin — and dark induces it. To better adjust to daylight saving time in fall, Hafeez advises exposing yourself to as much light as you can during the day. Even if it’s chilly, a long walk outside can elevate your serotonin levels (and your mood), give you a dose of vitamin D — even boost your immune system, as we’ve previously reported. Conversely, when night falls, Hafeez recommends avoiding bright light so you can fall asleep faster. “For example, if you get up at night to go to the bathroom, don’t turn on the light,” she explains.

To help recalibrate your circadian rhythms the Monday after the clocks roll back, Wymelenberg recommends, if at all possible, having your first morning meeting outside as a walk-and-talk. If not, try to take your laptop to a spot in your building by a sunny window.

Don’t sleep with your smartphone

Hafeez says your phone might mess with your sleep patterns more than you think — one study revealed that 68 percent of smartphone owners sleep either holding their smartphone, having it in bed with them, or on their nightstand. Says Hafeez: “So many people use their smartphones as their alarm clocks — it makes sense to want your phones within an arm’s reach. But the temptation to check social media sites, work email or news headlines is often too strong to resist. As a result, you might feel energized from interacting with others, or stressed out by something that you read when you should actually be relaxing, which partly explains why people who consume electronic media in bed are at higher risk for insomnia.” To quell the culprit, simply keep your phone in another room and set an old school alarm to wake up instead.

All these easy little tweaks can add up to make a big difference in terms of how your body adjusts to turning the clocks back, says Sharp. And if you can’t make it to bed 15 minutes earlier, at least consider keeping your hands out of the cookie jar tonight.

OnePlus is done selling its flagship 5T in North America

Samsung is ditching the bean design, keeping ANC for its next...

DoorDash to bump up its fees on slow McDonald’s restaurants