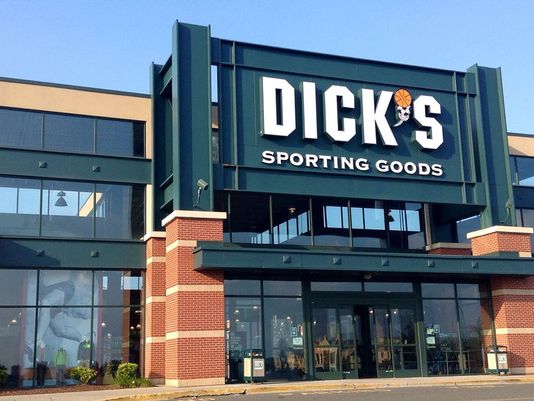 While a decision to stop selling assault-style weapons in the wake of the Parkland, Florida, school shooting dented its overall sales, Dick’s Sporting Goods says that the dip reflects a broader weakness in the world of firearms

The nation’s largest seller of sporting goods reported that consolidated same-store sales were down 3.9% in the third quarter, due in part to double-digit declines in the areas of electronics and hunting.

The weak numbers come in the wake of the Dick’s decision in February to not only halt assault weapon sales, but to no longer sell guns to people under the age of 21 in response to the mass shooting at Marjory Stoneman Douglas High School in Parkland, Florida, which left 17 dead.

But broader trends also appear to have had an impact. After breaking records each of the last three years, the number of background checks conducted by the FBI for gun purchases this Black Friday was down 10 percent from that day last year.

“In addition to the strategic decisions we made regarding firearms earlier this year, the broader industry has decelerated and remains weak as evidenced by most recent national background check data,” Lee Bolitsky, Dick’s chief financial officer said in an earnings call with investors Wednesday. “We believe this also contributed to the decline.”

Rather than reconsidering its stance, the retailer is focusing on its private brands, its e-commerce business and its more successful sporting categories.

During the third quarter, the retailer removed nearly all of its hunting products at 10 locations, replacing them with baseball-oriented items and licensed merchandise. And it may eventually make a similar move at other stores.

“We are looking at a number of stores where the hunt business significantly under performs, and we will assess whether we want to take it out and replace it with these other categories if that ends up to be a smart thing to do from a business standpoint,’’ CEO Ed Stack said during the call.

Background checks are required at all federally licensed firearm stores, but the number of such requests isn’t an exact snapshot of the number of guns that are sold. Since multiple firearms may be part of a single transaction by one buyer, actual sales are probably higher.

Gun sales often spike in the wake of mass shootings, and the record-breaking number of background checks last year followed several such attacks.

There have been several mass shootings this year as well, including most recently killings at a Pittsburgh synagogue and at a California bar frequented by college students.

But the Parkland shooting launched a national movement that has led to changes in some state laws and corporate policies, like Dick’s, to address and stem the violence.

Dick’s had stopped selling assault-style weapons at its branded stores after the Newtown, Connecticut, school shooting in December, 2012. But prior to its policy change in February, the retailer was still selling those guns at its 35 Field & Stream locations, which specialize in hunting and outdoor items.

401(k) Basics: A Starter Guide to Understanding Your Retirement Plan