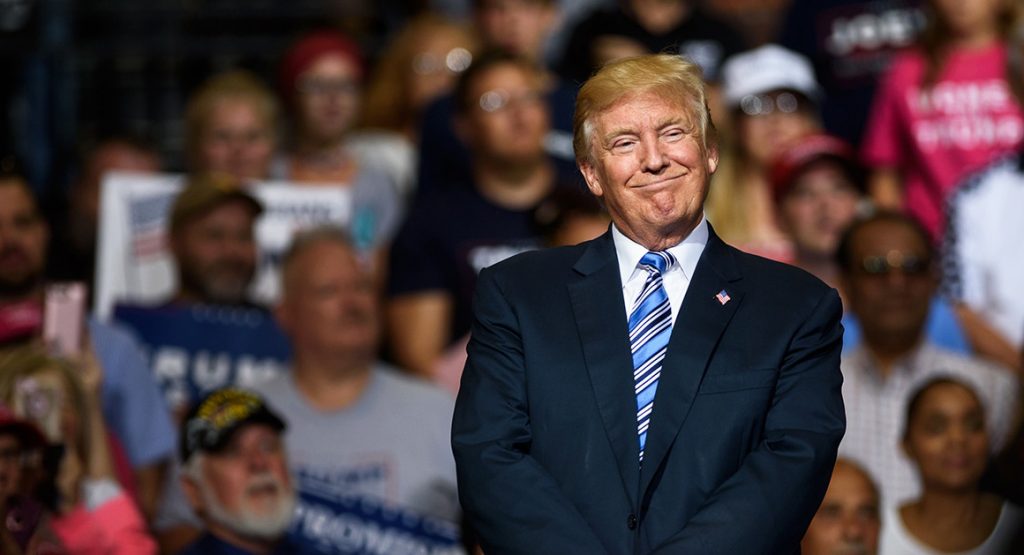 President Donald Trump’s claim that he’s created a million jobs finally came true — months after he first made it.

With the Labor Department reporting Friday that the economy added 209,000 jobs in July, Trump can finally say, truthfully, that he’s created more than a million jobs since entering office. Trump tweeted shortly after the report’s release: “Excellent Jobs Numbers just released – and I have only just begun. Many job stifling regulations continue to fall. Movement back to USA!”

July’s jobs number was a decrease from June, when the economy added 231,000 jobs. But unemployment ticked down to 4.3 percent, compared to June’s 4.4 percent. Average hourly private-sector earnings were up 2.5 percent over the previous year, as they were in June.

The pattern of job growth in 2017 remains essentially the same as in 2016. According to the Labor Department, an average of 184,000 jobs per month have been created this year, compared to 187,000 in 2016. If you eliminate January, when President Barack Obama was still in office, the monthly average is a somewhat lower 179,000.

House Ways and Means Chairman Kevin Brady (R-Texas) called the report “solid” and said, “Our economy is making steady progress with more people entering the labor force and continued job creation.” But he cautioned that the report “also shows too many Americans are still having a hard time finding good-paying jobs, getting a raise, and providing for their families.”

“After nearly eight months on the job, President Trump has failed to come up with a cogent plan to create good-paying jobs and increase wages,” Henrich said in a written statement. “As a result, wages are barely exceeding inflation, and more than 100,000 workers have been laid off as companies continue to close American operations and ship jobs overseas.”

Elise Gould, senior economist at the left-leaning Economic Policy Institute, said that “we are still steadily moving toward full employment,” but estimated that “we need to add at least 223,000 jobs per month over the next year to lower the unemployment rate to 4 percent and bring another million workers back in from the sidelines.”

Experts surveyed by Bloomberg had predicted the creation in July of about 178,000 jobs, an unemployment rate of 4.3 percent, and an over-the-year increase in hourly earnings of 2.5 percent. The payroll company ADP estimated Wednesday based on its own records that private-sector job growth in July was 178,000.

Labor force participation remained low at 62.9 percent, up from June’s 62.8 percent, close to its lowest level since the 1970’s. “I think there’s some slack in the labor market,” National Economic Council Director Gary Cohn said this morning on Bloomberg, “I think we can … make it easier for small and medim-sized businesses to grow. … We do think there is much more potential to bring people back into the labor force.”

Stocks surge on strong jobs report—what 5 pros see ahead for...